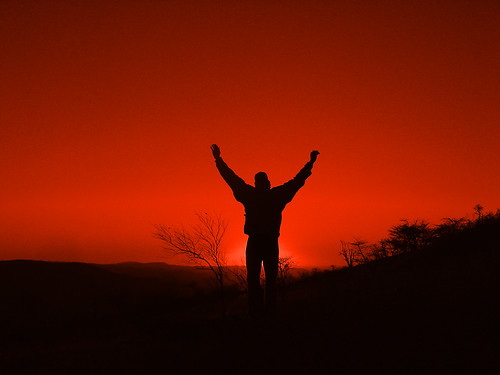 Well, it is a kind of anniversary of sorts – Issue 50 of this newsletter that started out as a kind of experiment and has developed into a bit more than that. Given that I took the summer off, as well as some school vacations here and there, that means it clocks in at a little over a year-and-a-half but a nice looking number of installments.

This week is a bit of an eclectic mix of readings. It is too tricky to always identify a cool leitmotif for each issue, although I certainly like the challenge. Still, as long as I keep with the wider mission of curating articles about education, technology, and evolutions in teaching I feel pretty good. When beginning, I tried to find a focus that was neither too wide nor too narrow. As a result, this is week is a mix of new and old material that I have read and reflected on recently.

I am sort of torn about the idea of “If you read only one article…” this week. The first piece, “How Mindfulness Meditation Can Save America” deserves a serious shout, even if you are not taken with the whole mindfulness thing. It is long but is a fascinating intersection of psychology, politics, and of course mindfulness. Yet the second piece on personalized learning might be more immediately informative as states and districts line up to see all the new shiny buttons. Actually, read them all. it is worth it.

Enjoy the best weekend of American football, if you are so inclined. Semi-finals always surpass the final game, in my opinion anyway.

For last couple of years, I have been doing a pretty deep dive into mindfulness. My interest goes back decades but I would never have called myself a practitioner until more recently. In truth, I had probably been in an extended phase of preparation for a whole lot longer than that. Of course, now mindfulness is now riding probably the largest wave since the 1970s. It definitely has been making inroads into education, and for good reason. So, a headline like this was bound to find me as well as a whole lot of others.

Despite the headline’s grandiosity, Wright is definitely on to something. First, he provides one of the simplest and most elegant explanations of mindfulness I have encountered, “examining your feelings and deciding whether to buy into them, whether to let them carry you away.” That is pretty sound. Second, but perhaps more important, Wright unpacks a whole bunch of psychological errors and biases that we all make and then explains how mindfulness could provide a viable means for overcoming them, at least in part.

Lately, a lot has been made of the detrimental consequences of social media and the rise of legitimately fake news. Even I have been including articles that take a more critical view of how we humans, not technology, can often be the biggest problem (See this item from issue 39).  As Wright highlights, “We think what it feels good to think. And it feels good to think that our tribe makes sense and the other tribe doesn’t.”While I am not entirely sure that I believe what Wright posits is possible or even all that likely, I certainly appreciate his attempts to project hope.

Personalized learning is undoubtedly the next long-lasting trend that the edtech industry will be pushing for the foreseeable future. The idea of personalized is far from new, of course. However, the co-opted version that has been adopted by Silicon Valley, as well as the largest education publishers, is of a more recent vintage. It also should serve as a kind of archetypal lesson of just how fast commercial forces can pivot and reposition essentially the same mission, generating profit in the name of educating children. Pearson, Facebook, and more are all angling to back the trucks up at the superintendent’s and technology director’s door.

If you interested in what the edtech’s notion of personalized learning looks like, this sentence is the best place to start “it isolates children, it breeds competition, it assumes that children can learn entirely on their own, and it dehumanizes the learning environment, reducing the human experience of learning down to a mechanistic process, one where children become the objects of learning as opposed to the subjects of their own educational narrative”.

I have been saying for some time now that the biggest problem with edtech’s approach to personalized learning is that it is distinctly lacking in the persons. This testimonial makes the case even better than I could, as it comes from an insider. Emerich nails it with his comment about the personalized learning system, “it was disembodied and disconnected, with a computer constantly being a mediator between my students and me.” On some level, it is amazing to me that this has not been recognized more widely from the outset.

What’s more, I suspect there are a whole lot of teachers that would echo this sentiment more widely, particularly when feeling pressure to use technology just to use it or justify the cost of having it, even if those same teachers might not be able to articulate it. Plus, it is far easier to simply call those more cautious or critical Luddites or some derivation. Yet, here is a voice that is anything but sharpening the focus on the growing movement.

P.L. Thomas is another writer that I have featured previously. I like him a lot. He challenges a lot of ideas about education, especially in the discipline of English. Here he takes on the College Board’s revamp of Advanced Placement, which I believe is ongoing. Like him, I am no fan of the College Board or AP for that matter. Even though this is an older post it remains more relevant than ever. On a side note, I was glad to see the profound conflict of interest posed by Common Core Standards architect David Coleman being President of the College Board. I still cannot fathom how five years have passed without any serious coverage or scrutiny on that one.

This post is definitely on the personal side, as Thomas recounts some of his early teaching experience. Still, some of the best bits are quotations he pulls from a talk educator and activist Brian Jones gave around the time of the post. Jones previews the failure of the Common Core prescience (Even now, Education Secretary Betsy DeVos has declared the Common Core dead, but like a zombie it will no doubt continue stumbling forward in some undead fashion for years to come).

Better still, Thomas uses his experience anecdotally, teaching and advancing AP courses, to illustrate how flawed the whole approach is. He is most powerful when pointing out how focusing on test scores and outcomes, the kind of thing that AP programs and the general edreformy movement engender, is beyond misguided. Perhaps the most profound comment, “Test scores hide genuine academic success.” Read that sentence again. It echoes with truth.