Looking back on the opening two weeks of the course, I find myself increasingly returning to the perspective of a student. Of course, I am a perpetual student, in truth.

Since this is a new class and it is entirely online, so there is always an adjustment period. This opening two weeks essentially was just that.

There were a lot of adjustments, from the urgent desire to figure out how to manage the deluge of emails that began from the activity in the Google Group or notifications from the Google+ Community that threatened to swamp every other message in my Inbox. I can only imagine what someone unfamiliar with some of the tools.

I have to admit that I struggled to keep track of all the work that as supposed to be completed and even misunderstood some directions. I still can’t help feeling like I might have forgotten something.

As for the project, after some initial uncertainty about what exactly I was supposed to deliver, whether or not I needed to work with others, and how global or collaborative things needed to be, I just got to it. I reached out to someone familiar and someone not so familiar.

At first, we had to gain some clarity between ourselves over the scope of the project, agreeing that the directions were really asking for a single lesson with multiple supportive elements.

I am not entirely sure that what my team accomplished ticks all boxes, although I am not sure what all the boxes would be anyway. Still, I know it is good work, especially for an initial effort. 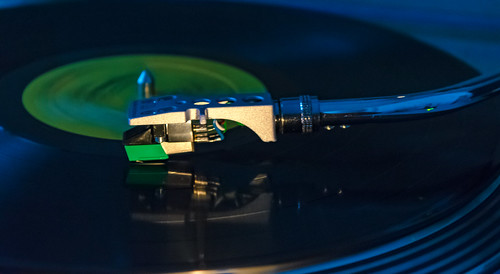 We collaborated, divided labor, and all pulled in the same direction. It did require someone to kind of take the lead and drop the needle, but once that happened we were in a groove. The distance never became a factor. We were able to work asynchronously without any real problems.

More than anything, it was an interesting problem to tackle. Also, the uncertainty was not all bad, in retrospect. It forced some decisiveness and created a sense of urgency, as well. Each member of our trio jumped right into a task and was able to develop something based on the initial document.

It has been a good reminder of what it is like from a student’s perspective.

All that being said, I think the spectre of the graduate credits and grades kind of taints things a bit for me. I am all for exploring, taking risks, and experimenting. However, again like a student, the grade remains lurking in the background. Alright, maybe that is not quite like a student. It is much more in the foreground for many of them.

On a fundamental level. I don’t care much for grades. I often remark that I spent more than 10 years trying to make grades irrelevant in my classroom. However, I certainly need to do well in order to meet requirements of my employer for reimbursement and credentialing. While there were some general examples, I was not completely clear as to what all this project was supposed to look like upon completion.

It was another reminder of how much trust can play a role in learning. Since this is the first real work to be submitted for a newly developed class, there is a lot of ambiguity. This is completely understandable but it causes the specter of grades to loom much larger than it otherwise might.

I am fairly sure this will prove less and less of a concern. Still, another reminder of how much work we may need to do to ensure the climate and culture we desire with our students.

This year, my school has opted to conduct what is being calling the Freshmen Technology Seminar, which is comprised of six hour and a half periods that are meant to introduce incoming student to a host of digital tools and practices. It is ambitious and plans involved way more material than can possibly addressed in that allotted time. Unfortunately, I was not really involved in the planning of the program or its forthcoming execution. I must admit that left me a little salty, since I definitely could have offered a lot to the initiative, but like most issues in schools, it came down to things like money and teaching hours. Hopefully, I will be engaged on the periphery, which is looking likely.

Looking over the material, my first concern was that it was going to be primarily spent getting all of the students set up with all of the proper accounts with various tools, most notably Google. All students are getting a Google account with our own domain, which is a boon. There is a fair portion of time that is devoted to that. However, the group of educators that participated were certainly more ambitious than that, which is a testament to them and the kind of staff at our school. Of course, they have grown ultimately too ambitious and are likely to be spending a lot of time working out the kinks as they reflect on how it goes in retrospect. It only just began this week. So I will be monitoring it closely. Plus, despite my somewhat wary tone, I actually think that it is a pretty laudable effort regardless.

My main contention is that the kind of material that has been packaged in this seminar cannot be effectively distributed in the time frame or isolated from practical applications. The technology tools are in some ways the sole content of the course, which always seems flawed to me. Moreover, there is no mechanism, as of yet, to systematically embed any follow-up with any core classes. This leaves me wondering about the overall effectiveness and how it can even be measured. In talking with a few colleagues involved, it does look like there will at least be a definite chance for me to build on some of the introductions quite quickly. In fact, I have been waiting to do a few related initiatives in my classes until this got rolling. Thus, I saved some precious class time and avoided potential student confusion by having the students get multiple redundant accounts.

It is safe to say that the Google accounts will be used readily and Docs will once again become a core tool used in my class. Two years ago I had all of students submitting their work via Google Docs but had to subsequently shelf the practice due to all kinds of network related issues last year and knowing that this seminar was going to happen this year. Moreover, the associated Blogspot accounts will get almost immediate use in my class as I migrate one assignment in particular to a regular blog post. Additionally, the research and copyright sections of the seminar will dovetail nicely with the end of the semester, and all freshmen classes will engage in research projects first thing in the new semester.

The one thing I have always been able to say about the school where I work is that it is a rare instance where initiatives like this completely fail. Even when things are put together on the hoof, our staff is resourceful, committed, and talented enough to find ways to make things work.

Unit one is entitled “Your Digital Footprint,” which is primarily associated with online behavior and at least in part concerned with digital citizenship. The lesson is pretty spare. So, we’ll se how it goes. I am definitely planning some reverse mentoring as I fold the material into my classes and will share some of my findings.

This last couple of weeks has proven to be a good place to circle back and think about all of the material we have been investigating in the Flat Classroom Certification course. A lot of the initial material was not the newest for me. There were a few added wrinkles, but it was pretty familiar fare. Yet, once we got into the digital citizenship material, while not new in concept, it certainly was newly articulated for me in a framework that I both appreciated and needed some time to consider. The concept, as advanced by Vicki Davis and Julie Lyndsay, has been particularly interesting to me. For me at least, it adds a far clearer political dimension to our work, for better, worse, or perhaps both.

Shortly after reading the chapter, international events in Germany started catching my attention. perhaps it is the mid-term elections here in the States that has my radar more attenuated to the political arena. Still, a couple of weeks ago Chancellor Angela Merkel’s comments about her native Germany’s multicultural approach having “failed, utterly failed” got my attention almost as immediately as her words were published and translated. Subsequently, a slightly more nuanced version of Merkel’s words began to appear in English language media. To my surprise, the story didn’t have the legs I thought it would.

Fortunately, it did not disappear completely. I was bolstered by the sentiments of James Carroll’s op-ed piece in my local daily newspaper, The Boston Globe. Reading his column, I almost felt that he had read my original message to the Flat Classroom Certification cohort. Additionally, Carroll was a guest on National Public Radio‘s daily show Talk of the Nation, which had a segment called “Multiculturalism Debated In The U.S. And Abroad.” In both entries to the public discourse, Carroll echoed many of my thoughts on the subject.

In particular, Carroll’s comment, “To date, no responsible American government figure feels free to openly echo Merkel’s “Christian values’’ excommunication. But multiculturalism can fail in the United States, too, as mounting negativity toward immigrants (“aliens’’) suggests,” strikes to the heart of why efforts like the Flat Classroom Projects, in all flavors, are such worthy ones.

Alluding to lessons of history, I found the German Chancellor’s comments particularly alarming. Yet these sentiments are definitely part of a dark undercurrent in the States. Of course the US is not Germany. The US has a long history of multiculturalism, however contentious, even violent, it may be. It also has a history of isolationism, especially in times of difficulty. Yet, there is a code, as Carroll puts it, that is designed to incite a more insidious part of the American body politic. Merkel’s statements may have been uttered in German but they too read as the same code. Only education can combat the kind of ignorance, ethnocentrism, and xenophobia that threatens “to swamp the foundation of liberal democracy,” as Carroll evocatively suggests.

Ultimately, the digital citizenship we are promoting is really built upon a modern global citizenship with a long, wide digital footprint, as well as deeper understanding of etiquette and international protocols. Digital citizenship is definitely a more expansive concept and I have already voiced my problems with the term. Regardless of what its called, the concept has never been more needed as an underpinning of education in the twenty-first century and beyond.

Like it or not, this new reality have a political dimension that is full of its own codes, subtlety, nuance, and rhetoric. Students need to be prepared to navigate their way through this reality, hopefully with a more sensitivity, enlightened compassion, and recognition of just how interdependent humanity has become.