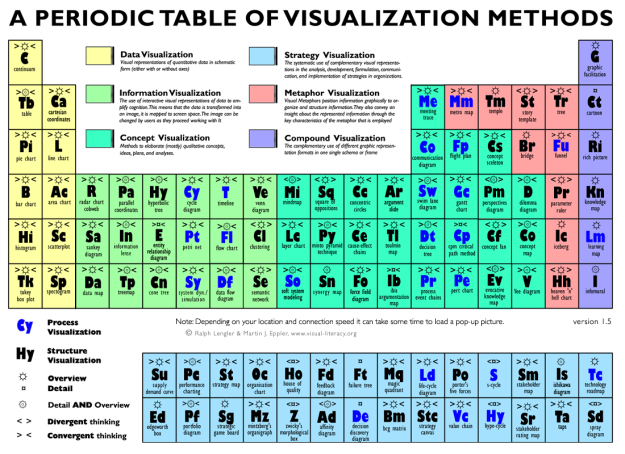 Having graduated high school and beginning my university studies as an art major only to eventually graduate with a bachelor of fine arts in theatre, visual literacy is an area that has been something on my radar for a long time.

Once I entered the field of education, I quickly surmised teachers who understand elements of design  are at a distinct advantage. Educators create and generate an enormous amount of media for their curriculum and students. Given that all media is constructed, good design is one of the primary factors in determining the quality and success of media generated.

Quite simply, we see before we speak. We see even before we reason. We see long before we learn to read.

Visuals can be universal and a way that we communicate when our language breaks down. For that reason alone visual literacy is necessary, especially in an ever increasing global community.

Perhaps it is the immediacy and utility of sight that fools us. Initially, we tend to think that everyone sees what we see. In the most simplistic terms, this may be true but intuitively we know it is not quite accurate. It takes considerable time to fully realize everyone does not see what we individually see, that it is far more complicated than all that. Gaining visual literacy aids in this understanding.

I tend to agree with Brian Kennedy in the idea that everything is an image. Yet I also advocate that we need to expand our notion of text.

I like the idea that the single word literacy be all-encompassing, much like the New London Group’s concept of “multiliteracies.” In my mind, “multiliteracies” should de facto mean literacy.

For me, the first principle I share with students is a meta one that all media is constructed. Regardless of format, genre, whatever, all media is designed and constructed to communicate and on some level influence. I start from there. Everything else follows.

Consequently, I try to have students zero in on how they feel about something as a precursor to what they think. I have often believed that feelings are not given nearly enough attention in school as a gateway to thinking. Once students can identify how they feel in response to an image, text, music, or whatever, we can begin to ask why and how.

Deconstructing communication in a way to reveal how and why it works and makes us feel what we feel is a pretty powerful way to begin.

From there, I zero in on the mother of all design principles ‑ composition. For me, it is the one that has the most crossover with creative efforts of all kinds. How and why all the other elements and principles are combined and put together. So whether we are looking at images, text, video, or music we have a common language to begin our investigation.

I have often begun the discussion of composition after screening the video below. It is one of the better introductions that I have found that has broad reach and application.